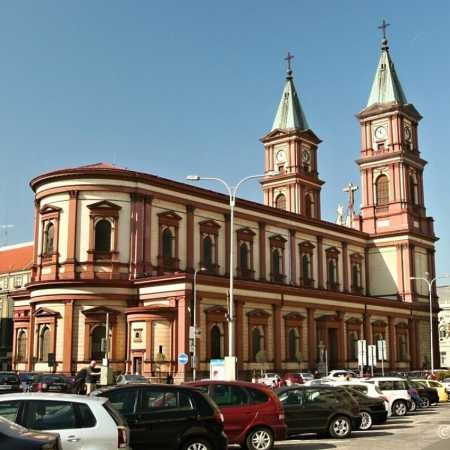 The Cathedral of Holy Saviour

It is the main church of the Diocese of Ostrava-Opava. It is located in Moravian Ostrava in the middle of Msgre. Šrámek’s Square and is the second largest church in Moravia, right after the Basilica of Velehrad.

It was built in 1883–1888 in Neo-Renaissance style according to the plans of Gustav Meretta, the building was managed by the Ostrava architect Clemens Hladisch (Klement Hladiš) and the interior decoration was designed by Max von Ferstel. The ceremonial consecration was carried out by Olomouc Archbishop Theodor Kohn on July 16, 1897.

The cathedral building is a three-nave with a semicircular apse. Above the cathedral rises two symmetrical front towers 67 meters high. There are 4000 people inside, so the cathedral is the second largest church building in Moravia.