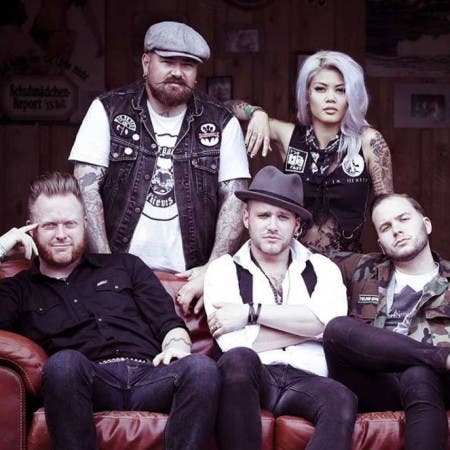 The Creepshow  The Garden

The Creepshow is a band from Burlington, Ontario, Canada. The band formed in 2005 when the four original members got together with the purpose of starting a psychobilly band. The Creepshow writes the majority of their songs about horror films.
Their sound is influenced by rockabilly, punkrock, psychobilly and ska, their lyrics show influences of horror movie creatures like zombies.