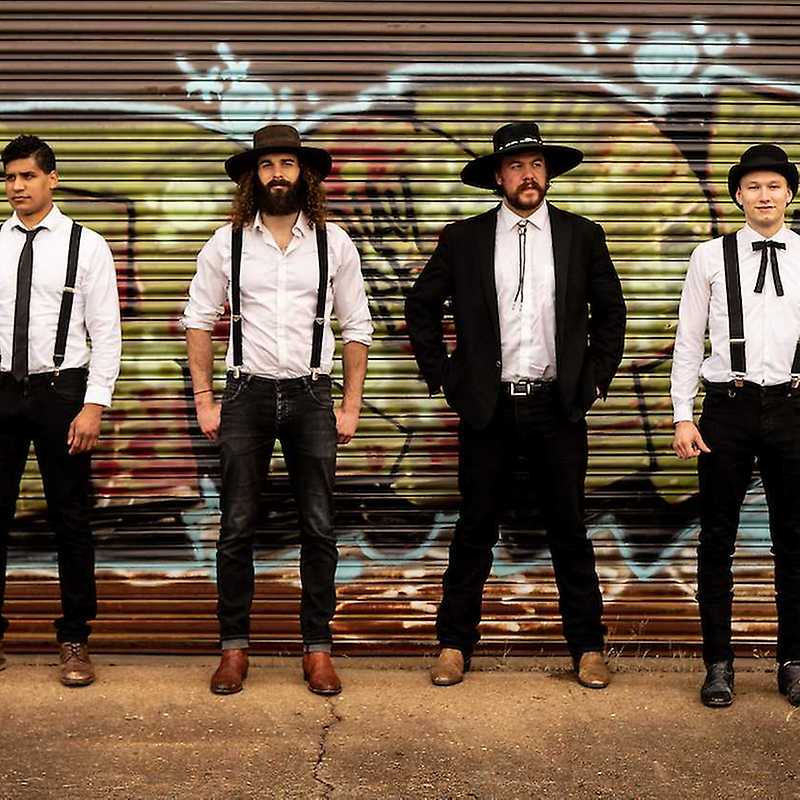 The Dead South  In Hell I'll Be in Good Company

About The Dead South

Often jokingly referring to as Mumford and Sons' Evil Twins, the band played live venues before releasing their debut EP, The Ocean Went Mad and We Were to Blame, in 2013. The 2014 album Good Company was released by the German label Devil Duck Records, and led to significant overseas touring for the next two years.

The band's third LP, Illusion and Doubt, was released in 2016 and went up to number 5 in the Billboard bluegrass charts. An updated version of Good Company's single In Hell, I'll Be in Good Company, produced by Jason Plumb, was created along with a video on YouTube, and is credited as contributing to the breakthrough release for the band. The band's third album Sugar & Joy appeared in 2019.