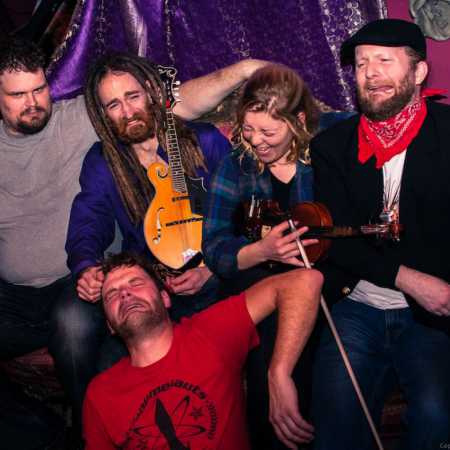 Sold out Save Saved Loading
The Dreadnoughts Warszawa, Hydrozagadka Wed 15/5/2019 19:00

The Dreadnoughts are a 6-piece folk-punk band from Vancouver, Canada, that was formed in 2007.
The band combines a wide range of European folk music with modern street punk. In late 2011 they announced an indefinite hiatus. However, they followed this by playing shows occasionally, such as annual Vancouver shows, a two-week European tour in January 2014, and two March gigs with Guttermouth in 2014. In November 2017 they released their fourth full-length album Foreign Skies.

The band has four full-lengths and two EPs on various labels and has played around 500 shows in around 30 countries. Their performance peak was in 2010, when 180 shows were played.