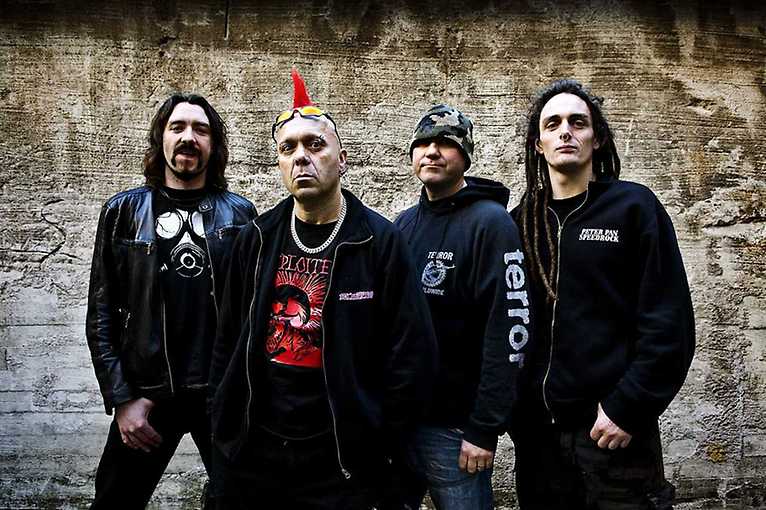 The Exploited are returning to Poland for their only concert.

The group, led by vocalist Watti Buchan, will visit Progresja in Warsaw on 8 January 2022. It will be the group’s first concert in the new year 2022 and the first in the country after the pandemic break. The Exploited is counted among the so-called second wave of British punk. From the very beginning, led by vocalist Wattie Buchan. Musicians of such bands as Nirvana and Massive Attack admitted to being fascinated by the works of The Exploited. Their live album On Stage was the first foreign record of punk rock music to be officially released in Poland. Their debut, now iconic album Punks Not Dead went number one in the English independent chart in 1981 and sold 150,000 copies within weeks. Subsequent albums: Troops of Tomorrow from 1982, Let’s Start a War from 1983 and Horror Epics from 1985 have also already entered the musical canon. The Exploited also managed to successfully combine punk rock with metal, as evidenced by the band’s very well-received later albums: Massacre (1990), Beat the Bastards (1996) and Fuck the System (2002).

Despite numerous line-up changes, the band has existed continuously for over 30 years and is still a living legend of 80s punk rock. They were formed in 1979 in Edinburgh by ex-soldier Wattie Buchan. The first line-up also included – guitarist Big John Duncan, drummer Andrew “Dru Stix” Campbell, bassist Gary McCormack and vocalist Terry Buchan, who however quickly left the formation. They began by playing what they called Oi!, a genre oscillating between punks and skinheads, present in the British Isles in the late 70s. Over time they transformed into a band playing fast street punk and its hardcore variant. A year later they formed their own independent label, Exploited Record Company, where they released their first EPs, Army Life and Exploited Barmy Army. The following year they signed with Secret Records. 1981 saw the release of their debut longplay, Punk’s Not Dead (#1 on the independent albums chart that year) and their first live CD, On Stage, a recording of a show in their hometown. 1982 saw the release of the band’s second LP, Troops of Tomorrow, which provided inspiration for Slayer, among others. A year later, the disc Let’s Start a War (Said Maggie One Day) and the EP Rival Leaders hit the shops. In 1985, the musicians presented fans with new studio material under the title Horror Epics. Two years later, fans received the band’s next longplay, Death Before Dishonour. From that year they also started to evolve musically towards crossover thrash, to which they remain faithful to this day. For the next studio material we had to wait three years – in 1990 appeared The Massacre. It wasn’t until six years later that the new album Beat the Bastards was released. Their discography is closed by Fuck the System, which premiered in 2002, but the band didn’t say their last word on the matter.

The Exploited  Fuck The System