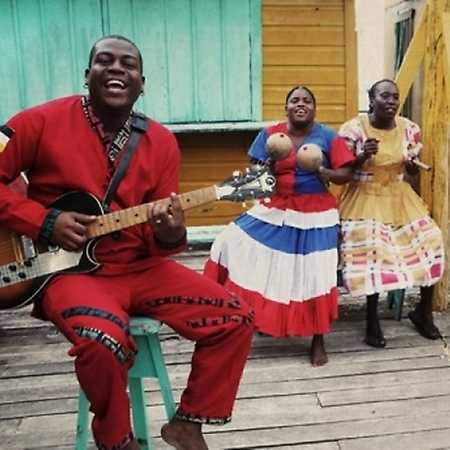 About The Garifuna Collective

Caribbean Garifuna music has become like a discovery which was 40 years ago, Jamaican reggae. It brings not only contagious rhythm, but also social message. The story of the Garifuna reminds romance: 250 years ago, when the Caribbean Sea wrecked slave ship, the Africans rescued, mingled with the Caribbean Indians, despite British colonizers have preserved freedom. Their descendants live in Guatemala, Honduras and Belize in particular, where local rhythms combined with electric guitars and created a style punta-rock. UNESCO in 2001, their culture on the List of Intangible Heritage of Humanity. The project Garifuna Collective is a return to the authentic roots. It was initiated by musician and producer Andy Palacio, who died prematurely shortly after his group won the award fair Womex. – Translated by Automatic service