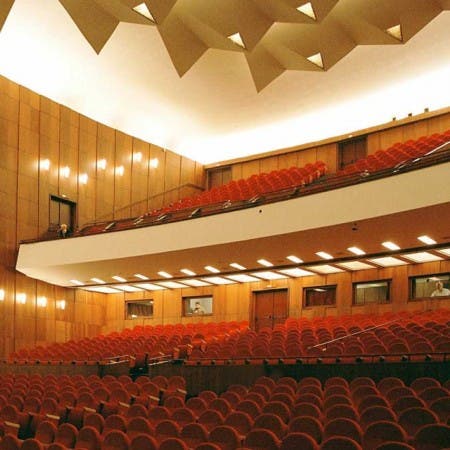 The Grand Theater in Łódź

Teatr Wielki w Łodzi (The Grand Theater in Łódź) is an opera house in Łódź, Poland. It is the largest theatre in the city, specialising in opera, operetta and ballet. It was opened on 19 January 1967 and by the end of 2005 it had staged 240 premieres. The theatre is one of the most important operatic venues in Poland. Its director is Kazimierz Kowalski. The Teatr Wielki, located on Plac Dąbrowskiego, is the second largest opera house in Poland and one of the largest in Europe, with an auditorium which can seat 1070 people.