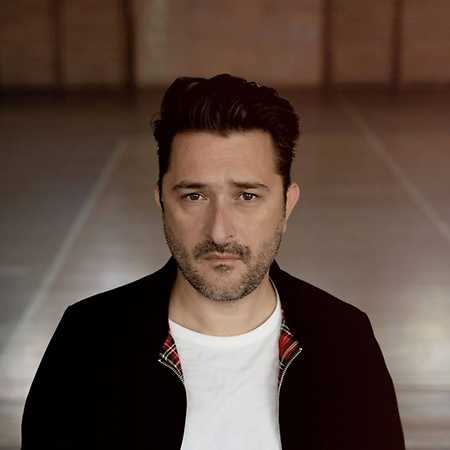 From his start in the hardcore techno music to the success he found with Miss Kittin, Michel Amato aka The Hacker is one of todays most talented and innovative French electronic music artists.

At the end of the 1980’s, strongly influenced by bands such as Joy Division, New Order or Depeche Mode, Michel started a New Wave rock band. When he discovered the first wave of successful house music, he left his group, convinced that this music would change everything. He started to mess around with a few tracks on some rudimentary equipment. From this point onwards, Michel started to produce techno tracks purely for his own pleasure, proving himself as a serious artist when he mixed music for the energetic Jeff Mills.

In 1996, an old friend, Miss Kittin, asked him to co-produce a track with her in an electro-pop vein, titled Gratin Dauphinois. Discovered by DJ Hell, Miss Kittin and The Hacker went on to produce several tracks on his label International Deejays Gigolos, including the future hits Frank Sinatra and 1982. The track was huge hit at the Love Parade of Berlin and the record also saw success throughout Europe. In the same time The Hacker set up his own label together with his friend Oxia.

The year 2000 saw the release of his first album Mélodies en sous sol, a blend of electro and techno with a melancholic and introspective edge. The Hacker had finally found his own sound, influenced by Detroit, Kraftwerk, the German rave sound of PCP, and the synthesized sounds of the new-wave era.

In 2001, working once more with Miss Kittin, the duo released the First Album, starting the electro-clash craze. The record would go on to sell over 50,000 copies and even Elton John and Karl Lagerfeld claimed to be fans. However, the duo preferred a temporary separation. The Hacker continued on his path, working with French and international labels such as UMF, Dancefloor Killer, Sativae, Missile, Rotation, Turbo or Error 404.