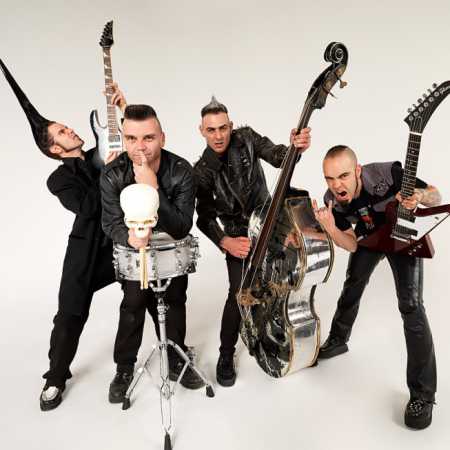 The English band The Klingonz are very mysterious aliens from Uranus mutation, crazy clowns, and masters of psychobilly. Their invasion of the lovers of hard rock and roll began in 1988 and has been sustained until this day. Poor earthlings are crushed by brisk psychobilly and punk rock including melodic riffs and original rockabilly aliens. The shows of The Klingonz are not only famous for their music but also for the clown costumes the band wears on stage for their wild performances.