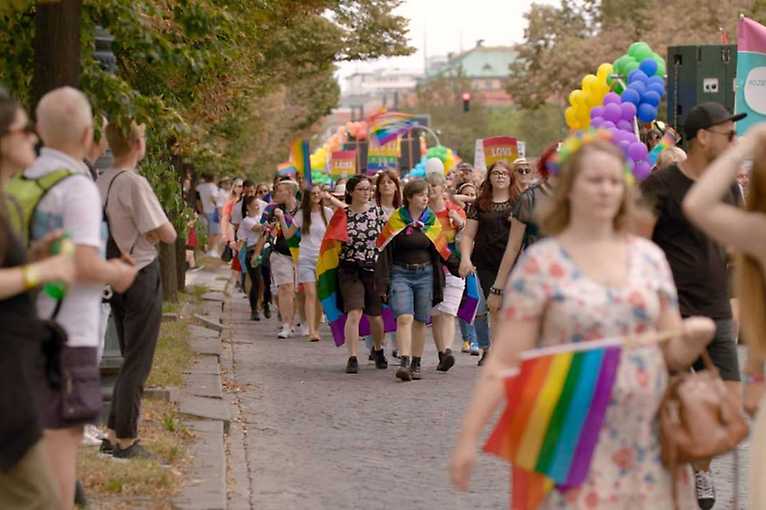 The Law of Love

Talking about equality is one thing, respecting and defending it is another. The journey to the legalisation of equal marriage for all people in Czechia isn’t over yet.

Barbora Chalupová, co-director of the successful Caught in the Net, tracks activists from We Are Fair as they strive towards a ground-breaking decision that would make Czechia the first former Eastern bloc country to institute “marriage for all”. The film follows the society-wide debate, including Prague Pride, televised clashes and parliamentary discussions aimed at a crucial vote. Czechia likes to come across as a liberal, open country, where everyone at least tolerates everyone else, but a cursory glance below the surface shows a more complex, much less friendly, reality. A clash between the progressive and conservative parts of the populace is inevitable even here, and sometimes the proverbial “tolerance” doesn’t cross the boundaries of mere statements.