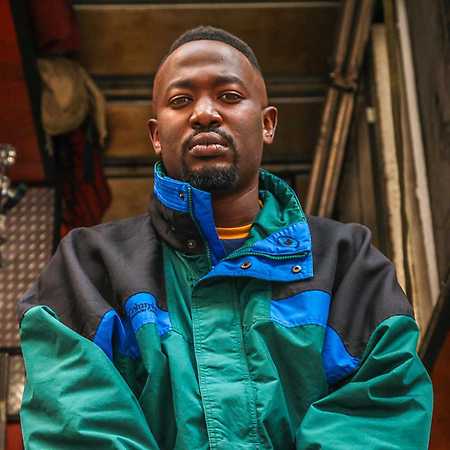 The LazarusMan  Letter To Your X

7:46 0 ×
Cosmic Cowboys feat. The LazarusMan  If You Leave Tonight

Originally from Johannesburg, South Africa The LazarusMan is a young slam poet who began his path into poetry and spoken word after being inspired by the situations and difficulties of being young black and South African. His idiosyncratic style of poetry earned him quick recognition in the local poetry scene, performing and competing across South Africa. Instead of conforming to the normal style of poetry that most of his peers had chosen at the time, Lazarus’s style offered a more humorous and quirky way to put across social conversation about political and personal issues that were (and still are) existent in his surroundings. This unique style is attributed to his genuine love for dance music.

He has grown from his early days as a performance poet to a well-seasoned recording artist and has collaborated with the likes of Soul Clap, Aki Bergen, Djumma Soundsytem, Tigerskin, Goldwill, Karol XVII and MB Valance, Salvatore Agrosi, Ross Couch and many others. Labels he has released on include Diynamic, Get Physical, Noir Music and Electronic Reeds, to just name a few. This inspiration taken from his love for spoken word and dance music has transported him to the top clubs around the world, performing live with top artists in Russia, Germany, Brazil, Denmark & South Africa.