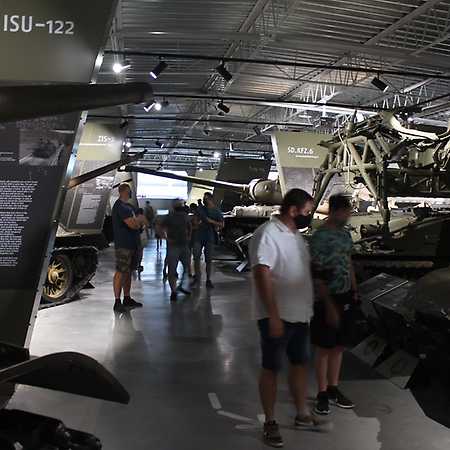 The Museum of Armoured Weapons was founded in 1963-1964, on the initiative of Major General Zygmunt Duszyński, who at that time was the Chief Inspector of Training of the Polish Army. Thanks to the efforts of the then commandant of the Officer School of Armoured Forces, Colonel Henryk Kudła, and Lt. Col. In December 2008, the Museum’s collection of 37 vehicles was entered in the Register of Monuments of Wielkopolska. In March 2015, the Armoured Weapons Museum of the Land Forces Training Centre (actually the Chamber of Tradition of the Land Forces Training Centre) in Poznań was transformed into the Armoured Weapons Museum in Poznań (a branch of the Polish Army Museum).