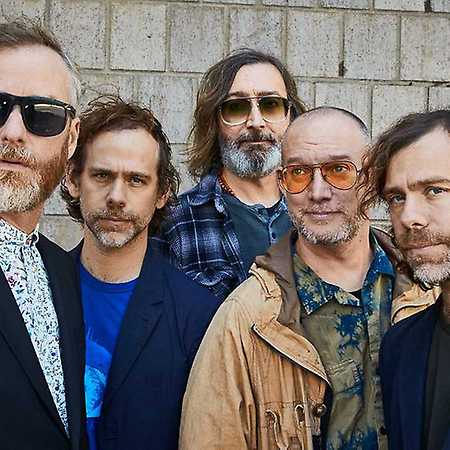 4:02 55 ×
The National  The System Only Dreams In Total Darkness

The National is an American rock band from Cincinnati, Ohio, formed in 1999. Founded by Matt Berninger, Aaron Dessner and Scott and Bryan Devendorf, The National released their self-titled debut album, The National (2001), on Brassland Records, an independent record label founded by Dessner and his twin brother, Bryce Dessner. Leaving behind their day jobs, the National signed with Beggars Banquet Records and released their third studio album, Alligator (2005), to widespread critical acclaim. The band's fourth and fifth studio albums, Boxer (2007) and High Violet (2010), increased their exposure significantly. In 2013, the band released its sixth studio album, Trouble Will Find Me, which was nominated for Best Alternative Music Album at the 56th Annual Grammy Awards. In 2017 the band released the album Sleep Well Beast, which won the Grammy award for Best Alternative Music Album at the 60th Annual Grammy Awards. Four of the band's albums were included on NME's 2013 list of the 500 greatest albums of all time.

To Kill a King