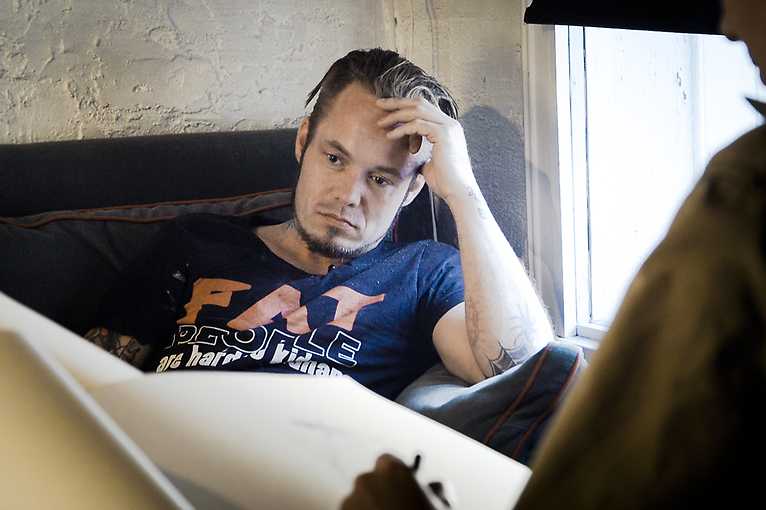 The Painter and the Thief

A documentary double-portrait of the marvellous friendship formed between a Czech painter living in Oslo and a Norwegian felon convicted of stealing her paintings from a gallery. Drug addict Karl-Bertil claims he doesn’t remember why he stole the works of painter Barbara Kysilková or what he did with them. But he regrets the crime, and at the instigation of the artist agrees to become the model for her next portrait. Artistic cooperation brings them together in a special way. They give each other an insight into the shadowy corners of their past. The film alternately depicts events from a dual perspective, sometimes returning to tell the story through the other person’s eyes. It shows the two protagonists from each other’s perspective, so that the resulting painting conveys a dark in places but also moving look at two seemingly disparate fates.