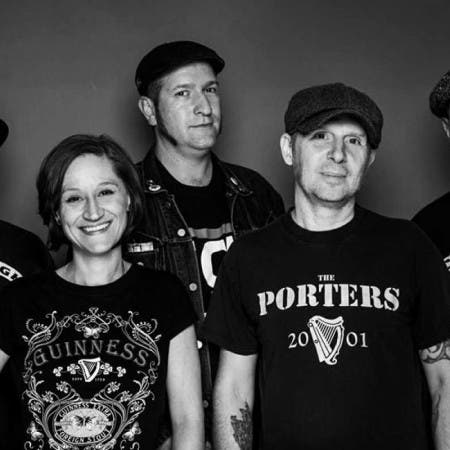 The Porters are a German folk punk/ folk rock band that was formed in 2001.
The group originally started as a side project of a couple of musicians from the bands 4 Promille, Sondaschule, Colt 45 and Emscherkurve 77.
In 2002 they released their first album A Tribute to Arthur Guinness, which consisted exclusively of cover versions of old Irish folksongs.
Through concerts with bands like The Real McKenzies they were able to become more well known and release the second album Anywhere But Home in 2007. Apart from the songs Cheating at Solitaire (originally by Mike Ness) and Fiesta (The Pogues), the album consists of original songs in a folk punk/ folk rock style.
In 2012 they released their third album Rum, Bum and Violina.
There have been a series of line-up changes in the history of the band.
The Porters regularly tour through Germany and neighboring countries.