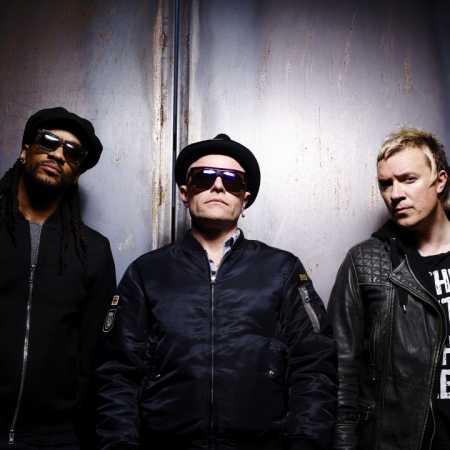 The Prodigy is a British musical group whose music is composed of many diverse styles from rave to hardcore techno with breakbeats, rock, and punk elements. Current band members are Liam Howlett (composer/keyboards), Keith Flint (dancer/vocalist) and Maxim (MC/vocalist). Leeroy Thornhill (dancer/live keyboards) was a member of the band in the years 1990-2000, much as a dancer/singer "Sharky" who left the band after their joint appearances. The Prodigy appeared on the underground rave scene in the early 1990s. Since then, they have gained immense popularity and worldwide recognition. Some of their most famous songs include Charly, Out of Space, No Good (Start the Dance), Voodoo People, Firestarter, Breathe and Smack My Bitch Up.