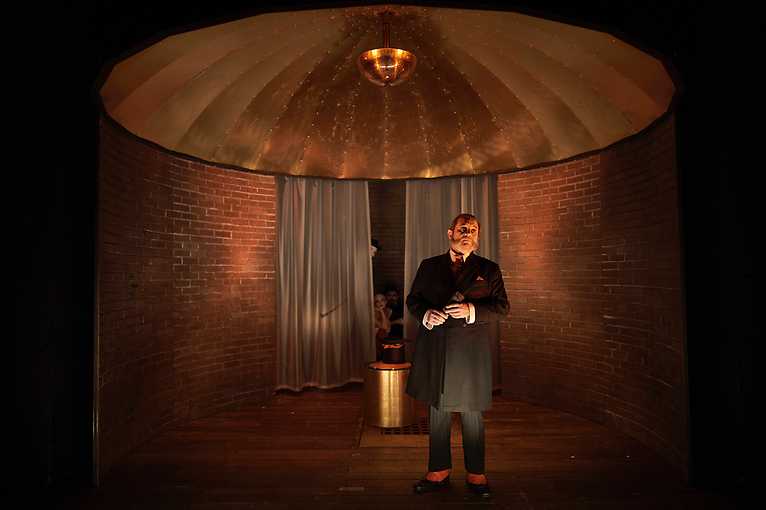 The final part of the British trilogy in the Theater Na zábradlí. After Shakespeare and Doyle, this time the classic of British modern literature Joseph Conrad (1857-1924) will be melted – in the directional, text and scenic grasp of the director David Jařab.

Mr. Verloc runs an anarchist business, but is also a Russian agent. The Eastern Power no longer wants only harmless denunciations to radical comrades, but demands real action for its money. An unusually up-to-date novel tells the story of a single bomb in London that was supposed to cause fear and chaos at the turn of the 19th and 20th centuries and bring Britain closer to Russia’s interests. A probe about the demise of love and family in the wheel of history.