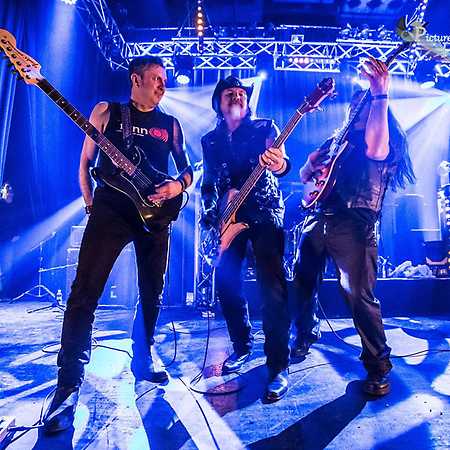 The Skull  The Touch Of Reality

After their debut For Those Which Are Asleep in 2014, The Skull released their second album The Endloses Road Turns Dark in 2018. The band is one of the most famous US Doom Metal Acts and is named by many musicians such as Metallica and Dave Grohl as an important influence. In their current cast, the band consists of Eric Wagner (vocals), Ron Holzner (bass), Lothar Keller (guitar), Alex Johnson (guitar), Chad Walls, Brian Dixon and Henry Vasquez (drums).