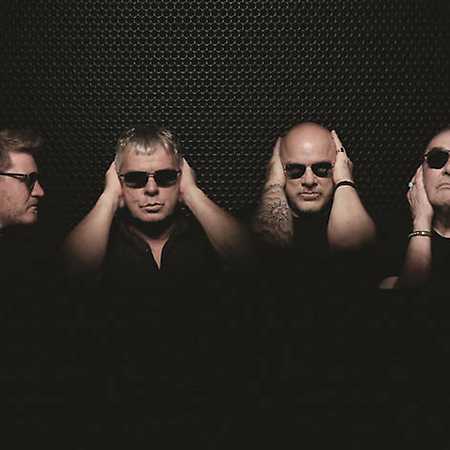 The Stranglers  All Day And All Of The Night

As one of the most influential bands from the 1970s punk era, The Stranglers can look back on a career spanning more than 40 years and continue to record records in England and sold out shows and festival appearances.

Honest lyrics and a highly original sound make up the music of the Stranglers. Their songs characterize a brilliant melodic touch, combined with dark aggression and effortless coolness.

The Stranglers were founded in 1974 and quickly took the punk community with their no-bullshit attitude for themselves. Encircled with the Sex Pistols and as an opening act for the Ramones and Patti Smith, they were influenced by Punk and Psychedelic Rock. Soon they developed their own style, dominated by bass and organ playing, which attracted attention and earned them a record deal in 1976. With three released in a remarkably short time first albums (Rattus Norvegicus, No More Heroes and Black And White) they ended up with hits like Peaches, No More Heroes and Walk On By. At the beginning of the 80s their songs Golden Brown and Aways the Sun influenced by the zeitgeist reached chart placements and worldwide fame. Overall, The Stranglers were in the top 40 with 24 singles and 18 albums in England.