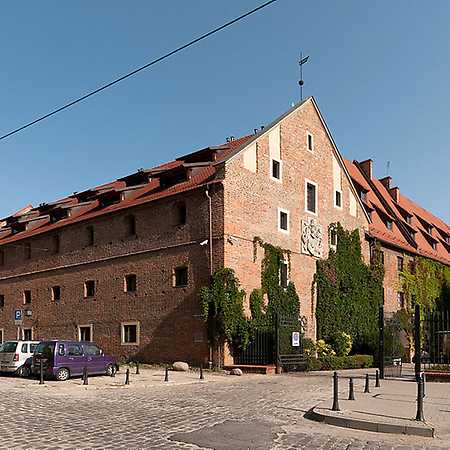 The Wroclaw Military Museum is located inside the City Arsenal, also known as Arsenał Mikołajski. The origins of the building date back to the 15th century, and its current size was reached in 1578, when an extension was added to the original building. The origins of the Museum date back to 1971, when the Department of Arms of the former Historical Museum in Wrocław was created. The current Military Museum was founded in 2000, as a department of The City Museum of Wrocław.

The Museum’s collections are displayed in four permanent exhibitions that are periodically enriched by a fifth room of temporary exhibitions.

The Museum of Architecture in Wrocław

The Old Town Hall – The Museum of Bourgeois Art

The Museum of Cemetary Art

The Museum of Natural History