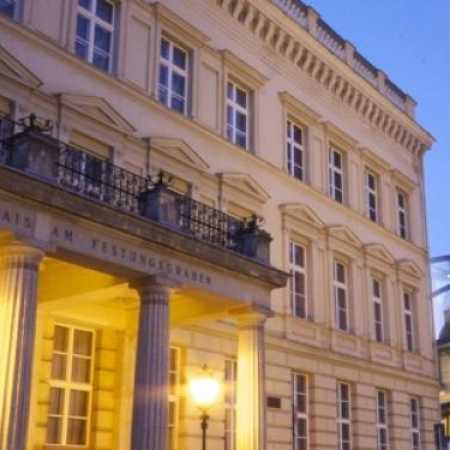 Theater im Palais is a literary chamber theater in Berlin that is located between the German Historical Museum and the Humboldt University at the famous street Unter den Linden. The Palais am Festungsgraben, which is the home of Theater im Palais, has been built in 1753 and has been the only undestroyed palace at Unter den Linden since World War II. In 1945, the first concert and theater events took place int he building and between 1950 and 1990 it was the house of German-Soviet friendship. Since 1991, the building is the foundation and stage venue of Theater im Palais, which offers an intimate atmosphere with 99 places as a salon theater.

The theater offers a unique mixture of a program from music and literature as well as classical plays in the context of contemporary topics. The authors are thereby always in the foreground. Often the productions also reflect the cultural, literary and city history of Berlin.

Theater im Palais also gives a platform for playing theater and taking part in productions to young people with the young ensemble.