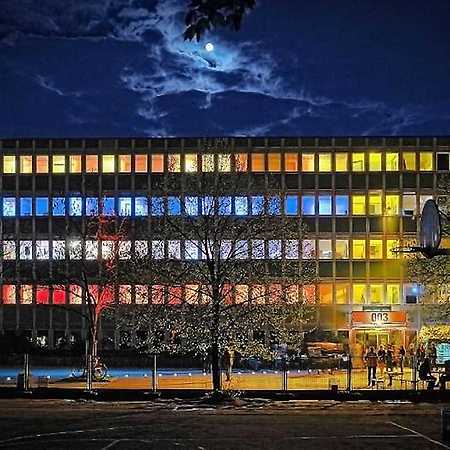 Theaterhaus Berlin Mitte has been a central production location and communication platform for independent performing artists in Berlin for over 26 years.

With affordable rehearsal rooms in a pleasant working atmosphere in a central, easily accessible location, the theater has become the most important place of work for all genres of the performing arts in Berlin. Every year around 300 new productions of all genres are worked on in the Theaterhaus. 10 percent is produced for venues around the world. With around 5 percent, film productions have increased significantly in recent years.

The Berliner Theaterhaus has also been developing and promoting artistic collaboration with international partners for more than ten years. This not only made it known abroad as a place for intercultural encounters, but also as an important contact point for guests from all over the world.