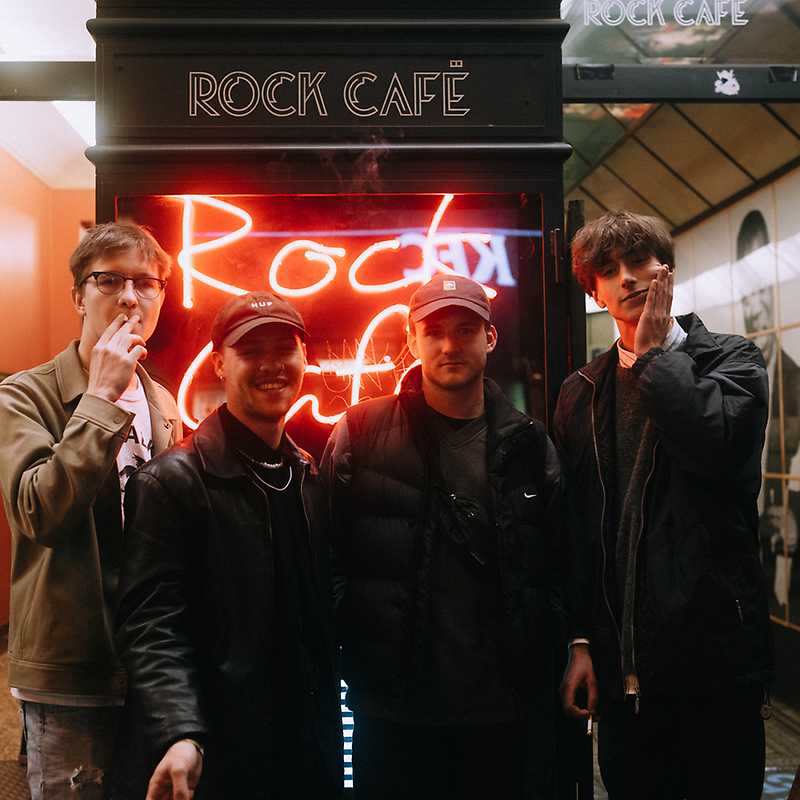 Sold out Save Saved Loading
The MayRevolution + Ludens + Will Shake Pardubice I – Zelené Předměstí, Ponorka Fri 3/12/2021 18:00

.themayrevolution is a four-piece rock band from the Czech Republic known for dirty sound, energetic live shows, and deep explicit lyrics. Their music combines genres of garage rock and alternative rock influenced by bands such as Cleopatrick, Boston Manor, or Highly Suspect.

Formed in a small town near Prague in 2017 around the talents of Tomáš Kulhavý (vocals), Václav Vávra (guitar), and Rostislav Suchochleb (drums). The first EP Reborn which included the emotional song Bones was released in 2018. After playing several festivals and shows across the Czech Republic as support of John Wolfhooker they took up the fourth member, Michal Drahný (bass). “.tmr” started recording the second EP with Damian Kucera from Skywalker as a producer in 2021. Their latest singles there’s no herbs in the tea and never let you down made the four one of the most unique garage rock bands in the Czech Republic and got them into the worldwide Spotify playlist All New Rock.

Jamila & The Other Heroes