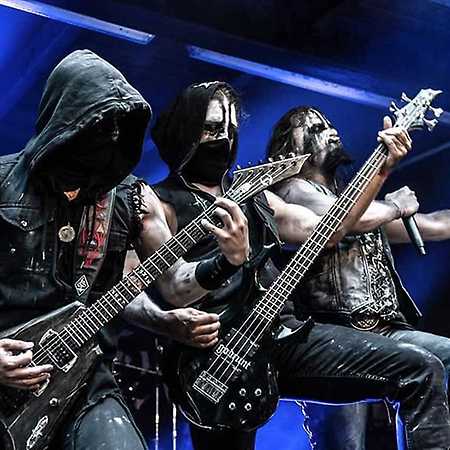 Theotoxin is a band formed in Vienna, Austria in 2016. The quintet has released three, hell-filled albums in four years. Theotoxin’s specialty is black metal bangers, at an extreme pace, on peri-religious and peri-infernal topics. But that’s not the only thing they can do, as they proved on their third album Fragment : Erhabenheit with the monumental eight-minute long track Prayer. In their black metal one can hear echoes of Norwegian masters from 1349, Gorgoroth, compatriots from Belphegor, as well as Thorns or Ved Buens Ende, when it comes to atonal guitar riffs. Theotoxin are evidently paying a lot of attention to the visual side of the band.

Who Dies In Siberian Slush