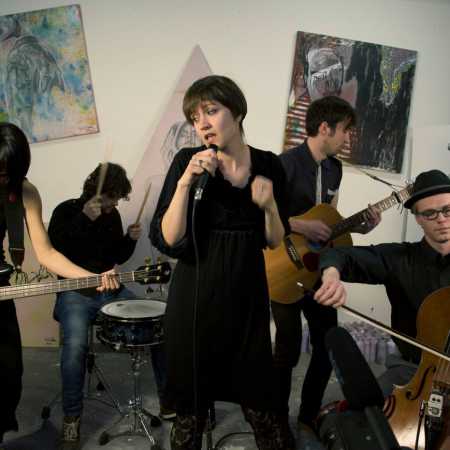 Thoola folk-rock project began in the winter of 2011 as an instrumental combo in which you and Mathew Martin – duo unemployed musicians familiarized famous Prague finem – sweetened long winter evenings. Desire to compose songs rather than long instrumental compositions and meetings with the poetic voice in person Zoja singer introduced the band to the studio, where, accompanied by cajon British adventurer Sam created their debut EP Springs, recorded without bass and drums, with minimal arrangements and studio production, solely on acoustic instruments. Debut is warmly received by fans and some songs to find its way into the charts and playlists of Radio 1 and Wave. – Translated by Automatic service