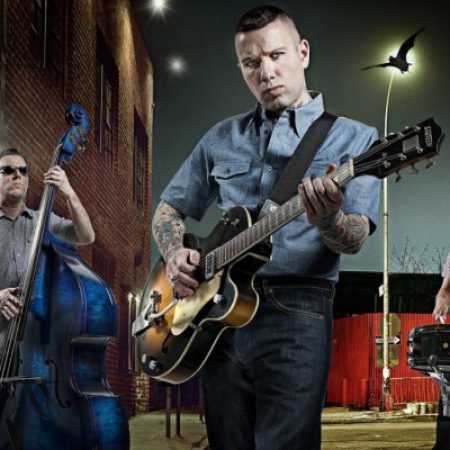 Tiger Army  Prisoner of the Night

Tiger Army is an American psychobilly band, formed in 1996 in Berkeley, California, and based in Los Angeles. The band started playing as support for the band AFI.

Tiger Army have made major festival appearances across the US and Europe. The band has released five studio albums and four EPs so far and has announced their sixth full-length album Retrofuture coming out in September 2019 via Rise Records. The only constant member of the band and lead songwriter is singer and guitarist Nick 13 who is currently forming the band with Djordje Stijepovic and Mike Fasano.