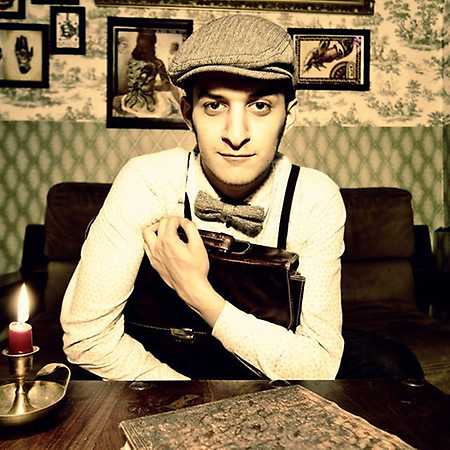 Tinush Salehi had his first contact with an instrument in 1994 when he put his at the time four year old fingers on a keyboard, a Christmas present of his parents. Quickly he developed a curiosity for compositions and productions. He forewent professional help while learning musical theory and practice and instead of this trained autodidactic by playing his favorite songs by ear. When he was 13 years old, Tinush discovered sequencers for himself. In this virtual surroundings he had the possibility to explore various genres experimentally to understand the logic of electronic music productions. There were not exactly located geographically in his hometown Dortmund, nevertheless a romantic relationship between the teenager and electronic music developed from 2007 on. His own productions sounded more and more like proper electro.

With the time, a clear style defined that characterizes Tinush until today: He processes his experiences from short affairs with jazz and orchestral music with a high artistic value in his pieces. By himself, he would describe his style as melodic tech house.

From Berlin, his current home of choice, over Hamburg, Cologne, Munich, Vienna or Zürich: Tinush is requested and booked in the scene. His 20.000 Soundlocu followers are another proof for this. There, he also has his second account as a side project, which he runs with a big passion: "Tinush-Salehi". Here, he proves that he is a musical talent and publishes experimental, diverse sounds of various genres. Furthermore, a second album after his debut Wasser, Brot und Improvisieren is in the making.