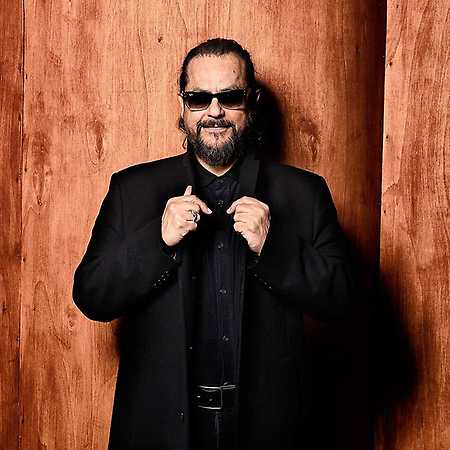 Tito & Tarantula  The End Of Everything

Born in Mexico and raised as a son of a trapper in the wilderness of Alaska, Tito Larriva's carreer began in Los Angeles. A Top 10 single and a cover on the Billboard Magazine later, Larriva became part of the L.A. music and film scene of the 1980s. At the same time, the acting carreer of the trained ballet dancer began as well. After his debut as „Hammy“ in the Pee-wee Herman Show (1981), he has worked with Patrick Swayze, Johnny Depp and many other in renowned films, and has written music for over 50 films and TV series. The starting point of Tito & Tarantula was Robert Rodriguez' offer to cooperate with him on From Dusk Till Dawn (1995). The legendary performance as a vampire band of the „Titty Twister“ Bar and the worldwide success of the film brought the band (as support of Joe Cocker) to Europe for the first time. The Europe release of the debut album Tarantism with classic songs from From Dusk Till Dawn, After Dark and others followed in 1997. These songs mark the beginning of a new era of American film music and prove Tito Larrivas exceptional skills as a singer and composer.