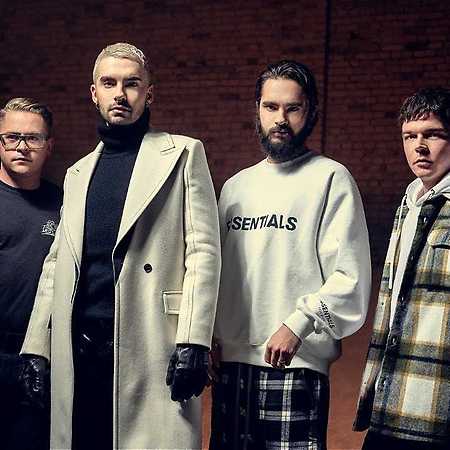 The pop/rock quartet Tokio Hotel emerged in 2005 as one of the most successful German acts of their generation. At the height of their career, they were Europe's premiere teen hearttrobs, magnets for controversy and favorite subject of media ridicule: loved and hated for their emo-meets-pop sound and the androgynous, flamboyant style of frontman Bill Kaulitz. Founded by Bill and his twin brother Tom Kaulitz in 2001 when they were only 12 years old, Tokio Hotel's national big break came with 2005's debut album Schrei; they broke into the international market with 2007's English-language debut Scream, starting a career that included 10 million album sales and 110 awards, including two MTV VMAs. Eventually relocating to the US and toning down their scene aesthetic in favour of a less era-specific electropop sound, they have released four more studio albums, the latest being 2022's 2001.