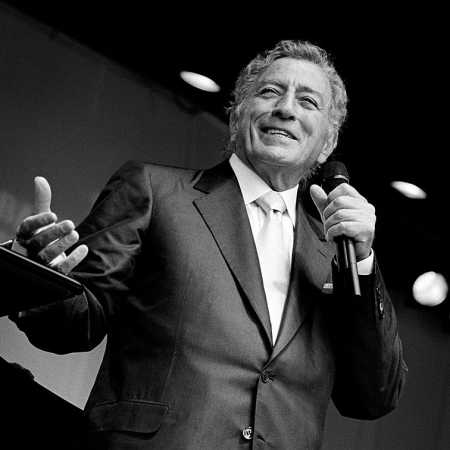 2:54 23 ×
Tony Bennett  Have Yourself A Merry Little Christmas

Tony Bennett born Anthony Dominick Benedetto is an American singer and painter. For his career, released more than 50 albums, mostly for Columbia Records. For his career, won a total of sixteen Grammy Awards and one for the celožiovtní benefit. Also won the Emmy, she has a star on the Hollywood Walk of Fame, in 1995 it has received from the National Academy of recording arts and Sciences prize of the MusiCares Person of the Year, for his contribution to jazz in 2006 was awarded the NEA Jazz Masters and has an honorary degree from several universi, including George Washington University, the Juilliard School and the Berklee College of Music.

In 2006 he published the album Duets: An American Classic, composed of duets; along with him here, for example, sing Bono, Paul McCartney and Elton John. In 2011, followed by Duets II, where he sang alongside other Mariah Carey, Amy Winehouse, Aretha Franklin or Lady Gaga. In the following year released Viva Duets, where he met with Christina Aguilera, Thalíou or singer Chayanne. – Translated by Automatic service