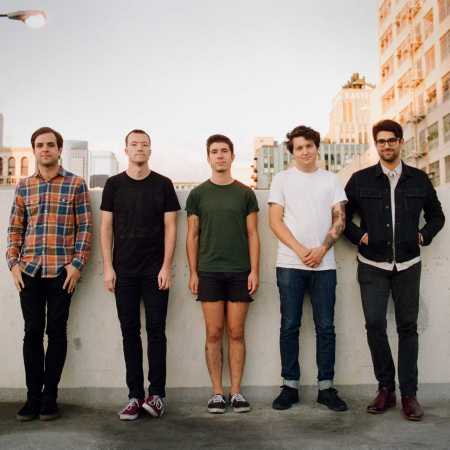 Touché Amoré  Home Away From Here

Touché Amoré is an American post-hardcore band that was formed in 2007. The band consists of lead vocalist Jeremy Bolm, guitarists Clayton Stevens and Nick Steinhardt, with Tyler Kirby on bass guitar and drummer Elliot Babin.

They have released two studio albums and several EPs. They released To the Beat of a Dead Horse in 2009 and their second album Parting the Sea Between Brightness and Me was released in 2011.

Touché Amoré are noted for their honest and confessional lyrics, for fusing influences from Converge, Raein, La Quiete and Pg.99 and for being a part of screamo revival. The band has also been credited as being a part of a self-proclaimed group of post-hardcore bands called “The Wave”, with fellow post-hardcore bands Defeater, La Dispute, Make Do and Mend and Pianos Become the Teeth.