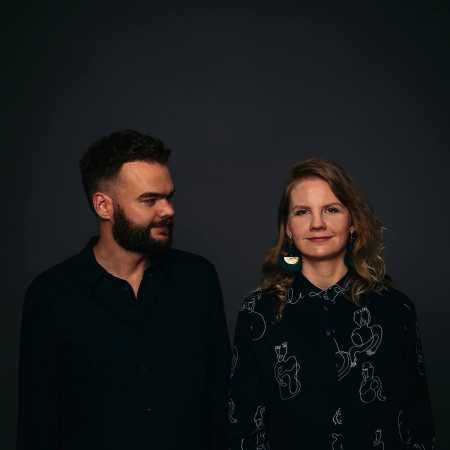 About Town of Saints

Town of Saints arose in the summer of 2010 while Harmen Ridderbos was touring with Teake Damstra. The pair performed under the name of Teflon as street musicians in various cities in Europe. During this tour, Heta Salkolahti, who had met Ridderbos during a workshop for songwriters in Innsbrück, joined the duo, with which the basis of the band was laid.

In April 2011, Ridderbos and Salkolahti, who started a relationship, went on together under the name Town of Saints. The same year, the duo recorded their first EP Never Sleep, which was released digitally in-house. With the addition of drummer Sietse Ros, the band toured England, Scotland, and Ireland. In the fall of 2012, Never Sleep was officially released on CD.

At the end of 2012, drummer Ros joined the group as a permanent band member. In this formation, the band played on Eurosonic Noorderslag in 2013. In May 2013, The Silent Sea was released on CD, including 11 songs, which the band recorded live in a sound studio in Leipzig.

In October 2013, Something to Fight With was released, the official debut album of the band, on which fewer folk influences can be heard, than on the earlier EPs, so the sound shifted more to indie rock.

In 2014, the band got the support of a new drummer, Jesse Bosman and bass guitarist, Jukka Kiviniemi and followed a large number of performances at European Showcase Festival Eurosonic Noorderslag and a tour of several clubs in the Netherlands. In February, the band released their second single Stand Up. In March, the band was nominated for two 3FM Awards, in the categories Best Alternative and Serious Talent.