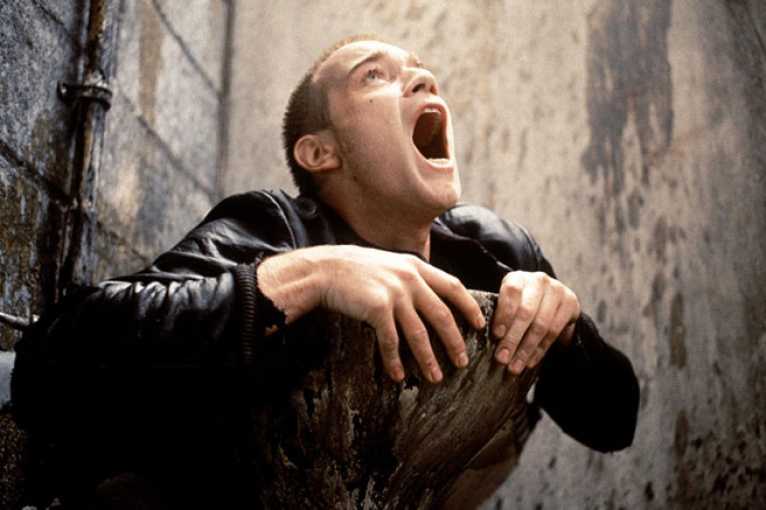 About heroin with love. “Choose life. Choose a job. Choose a career. Choose a family. Choose a fucking big television. Choose washing machines, cars, compact disc players, and electrical tin openers. Choose good health, low cholesterol, and dental insurance.… But why would I want to do a thing like that? I chose not to choose life. I chose something else. And the reasons? There are no reasons. Who needs reasons when you’ve got heroin?” Mark Renton (Ewan McGregor), hero of the cult novel by Irvin Welsh as well as its successful film version, is a junkie of his own free-will who, together with his “friends” Spud, Sick Boy, Tommy and sociopath Begbie, indulges in heroin. Their revolt against the values of mainstream society might be a bit weird and self-destructive, nevertheless, they enjoy it enough, without realizing its inevitable ends. However, Renton decides to give up heroin – yet, can “normal life” offer him the same excitement as a proper dose? This is the second feature film by Danny Boyle (also known for The Beach or Slumdog Millionaire) and the drug scene of Edinburgh in the 80s, struck by economic crises, is shown here with authentic rawness. This is, however, perfectly balanced by black humor and surrealistic emphasis. The film also features an unforgettable soundtrack, with all the brilliant stars of British guitar and electronic music of the early 90s (Blur, Primal Scream, New Order, Pulp). Moreover, the song Born Slippy. NUXX by Underworld became a manifesto of the whole generation.