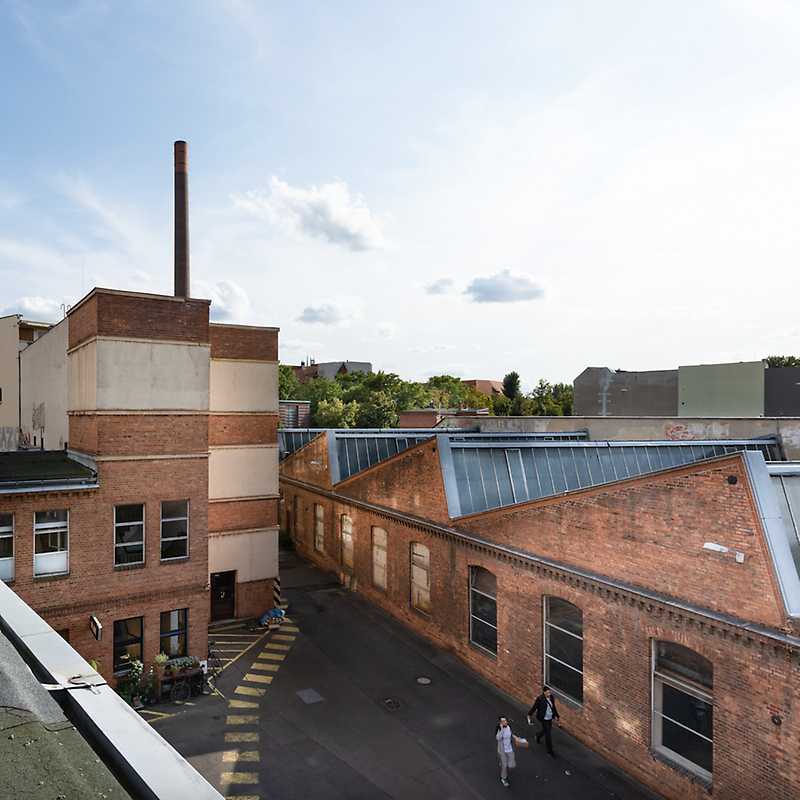 The Uferhallen are a listed ensemble of buildings on the banks of the Panke River in the district of Berlin-Gesundbrunnen. Together with the Uferstudios, the former site of the Große Berliner Straßenbahn AG has been one of the central locations of Berlin’s art and cultural production since 2008. The Uferhallen house studios, studio apartments, dance and rehearsal rooms, sound studios and a concert and exhibition space.