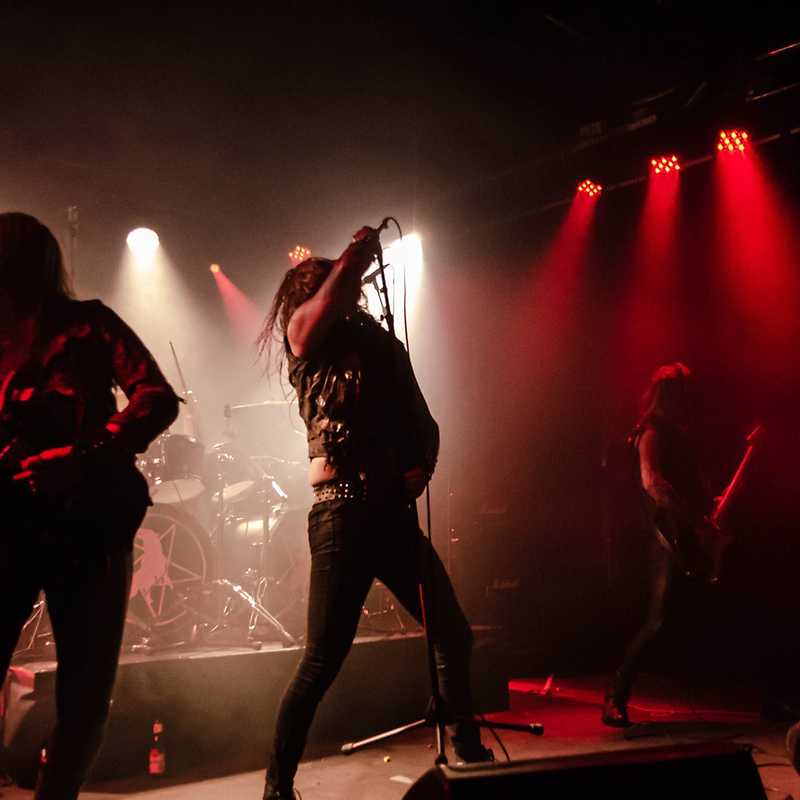 Ultra Silvam, founded in 2015, are from Malmö, Sweden, where other legendary bands such as Bathory and Mayhem also began their careers. In 2018, the black metal three-piece played their first shows in Germany.

The three musicians, vocalist and bassist M.A., drummer A.L. and guitarist O.R., play their black metal full of fury and rage. Their 2017-released self-titled three-track debut demo is one of those you will find yourself listening to again and again. It was released during a frustrating era for black metal – many fans as well as the band itself believe that the scene is more and more defined by materialism, commerce and “posers”. Guitarist O.R. explains that the band is tired of others trying to let black metal look nice and esoteric – they already express this in the demo’s cover artwork. It shows the archangel Gabriel, a symbol for pure armageddon.