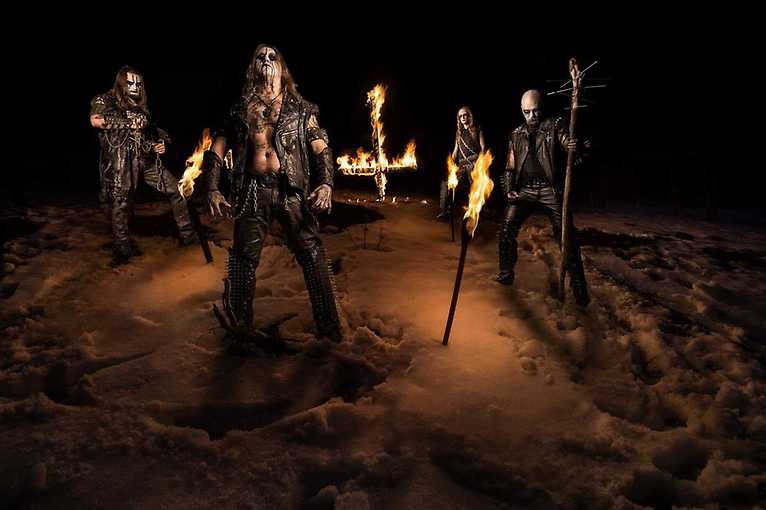 Besatt, Chanid, Sacrofuck, Coffinwood and Fear will perform during the fifth edition of Unholyunion Night at VooDoo.

Besatt is a Polish black metal band, founded by bassist Beldaroh, drummer Dertalis and guitarist Weronis in 1991 in Bytom. Chanid is a black metal band formed in 2011. After only a few rehearsals they recorded their first demo - Misterium. Later, Chanid underwent major line-up changes and today Sentiel (guitars, synths) is the only original member of the band. In 2017, with new material, he went on a mini tour of Poland with Conceived by Hate from San Salvador. In 2018, their debut album Lucifer was jointly released by Beverina Productions and Casus Belli Musica. Sacrofuck is death metal that stinks of decay, mixing sepulchral ploys with grind, unpretentious attacks on the listener’s eardrums. Death, possessed screams of possessed wretches, or various kinds of bodily fluids secreted under the influence of fear. For fans of Autopsy, but also Dead Infection, and if you like Nunslaughter, you will also find something for yourself. Coffinwood is a combination of venomous black metal with the weight of death metal with lyrics inspired by the prose of Ernst Jünger and Erich Maria Remarqua, focused on the anthropocentric concept of the fatalism of human life in light of war trauma. Fear, on the other hand, is a black metal band from Ruda Śląska.