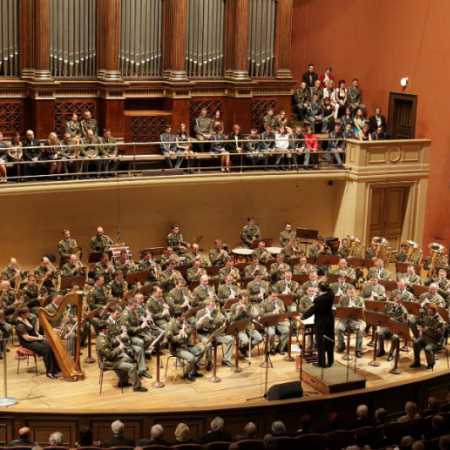 Central Band of the ACR’s senior military representative musical ensemble designed to promote and represent the reputation of the Army of the Czech Republic for the public, as well as presentation of Czech culture in concert band music, Czech national music and the most advanced traditions of Czech military band music at home and abroad.

In a concert in the Central Band of the ACR required to present at the highest artistic level Czech national and world musical creation, the best traditions of Czech military band music at home and abroad, and current artistic level of military music ACR.