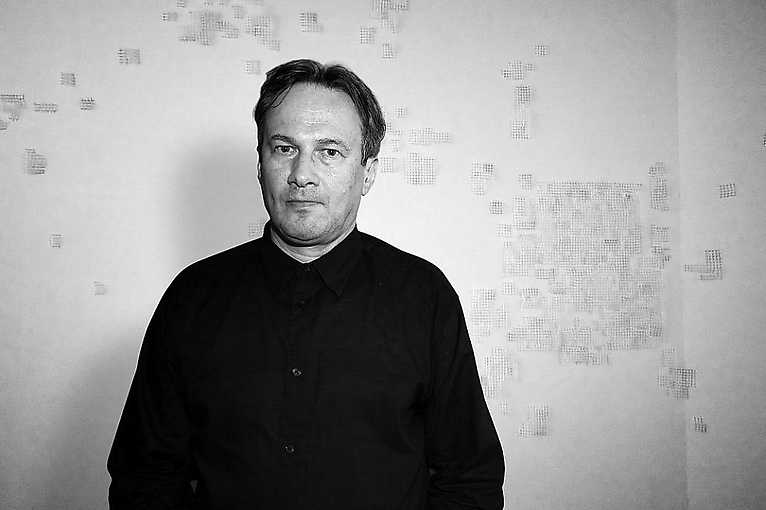 Since the mid 90’s Václav Krůček addresses reduction of visual means in his works in an attempt to capture ephemeral light phenomena.

With the exception of individual shows, the author’s work was also included in two group shows in this gallery in the past – Boundary in 2010 and Light, shadow, darkness in 2011.

In an independent project, Václav Krůček will present large-scale works from a cycle of white meshes being characteristic in their low difference – a visual “merging” of a relief structure with background of a white wall. The exhibited works display characteristic features of Krůček’s oeuvre, attempting to capture visual “impalpability” of a real object by means of the specific structure, light and shadows.

A major factor of Krůček’s work is also the concept of visual “void”, taking form as gaps/incisions in the structure. The void thus becomes an integral part of the perception.

As part of the show the author will present for the first time a projection/video which deals with phenomenon of Similarity, enabling to “drain” the meaning of a picture and resonating directly with the site of its creation.

Václav Krůček’s work is based on aesthetics of late modernism employing its ambitions not only to extend the phenomenology of perception, but also touching upon philosophical issues (such as onthology of “presentness”) by means of reductive image/object. These methods are being revitalised at present (even though in somewhat amended form) and are becoming subject of renewed interest.