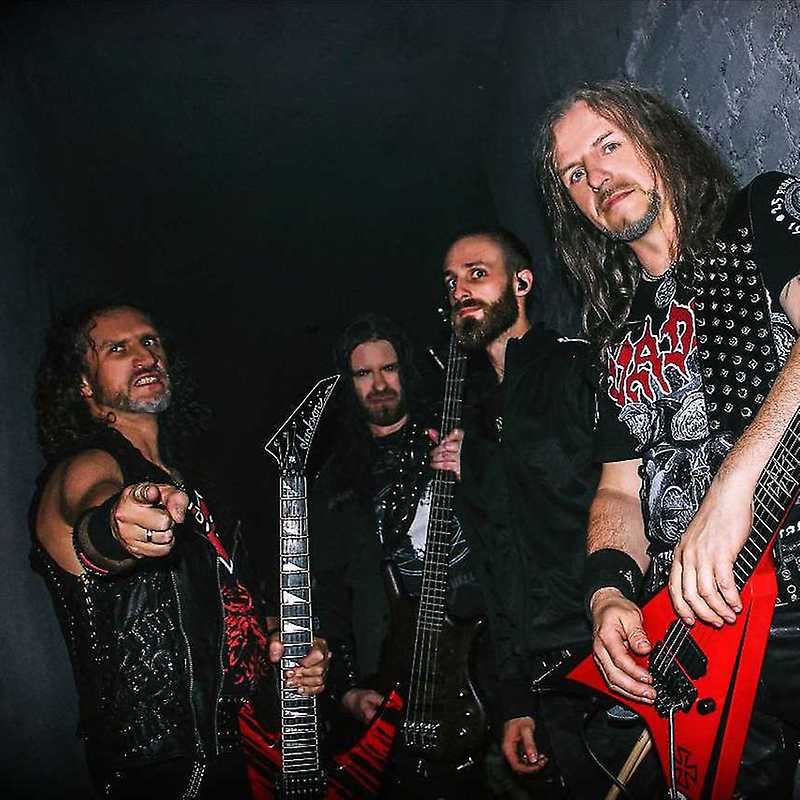 Vader is a Polish band playing thrash and death metal. Vader was formed in 1983 in Olsztyn by Zbigniew “Viki” Wróblewski, guitarist, and Piotr “Peter” Wiwczarek, bass guitarist. At the beginning Vader’s music oscillated around speed and heavy metal inspired by Judas Priest and Accept. After 1985, inspired by the success of Slayer, Vader turned towards thrash, and then death metal. They are not only a legend of the Polish scene, but one of the most consistent and hardest working death metal bands in the world. It will soon be 40 years since the first sounds of Vader were forged and there is no denying that it was Peter Wiwczarek’s compositions that were the eponymous “awakening of the tyrants” of the Polish extreme scene and took part in shattering the Iron Curtain within the matter of music.