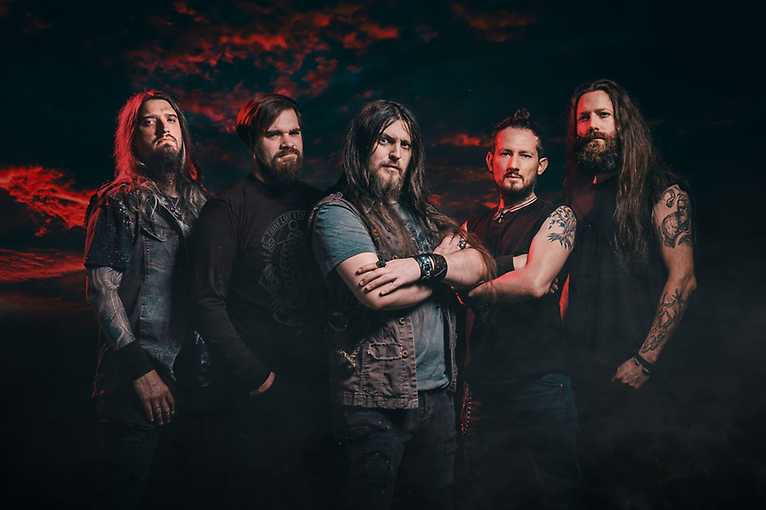 Over the course of four weeks the bands Vane and Moyra will play on a joint tour entitled „Storm of Fate – Tour 2020” in eight climatic clubs scattered all over the country.

Vane was founded at the end of 2016 by two friends – Mateusz Gajdzik and Robert Zembrzycki. In a short time the guitarists recruited the remaining members of the band – Marcin Frąckowiak, Marcin Parandyk and Marcin Zdeb and recorded their debut EP The Prologue. A year later Vane released their debut album Black Vengeance. Seven new songs, together with EP tracks, made up the story of one of the most intriguing pirates in history. The band presented themselves to a multitude of fans on tour and recorded three thematic music videos. Since then the band has released 2 more singles The Ritual and Row, Ye Scallywags!. The last one was recorded without Marcin Zdeb, who said goodbye to the band.

Moyra is a melodic death metal band interspersed with modern elements. Energetic playing, catchy melodies combined with the weight of instruments, as well as vocals, which uses various techniques – from scream, through growl, to clean parts. All this gives the band its own atmosphere. Moyra was founded in 2017 as a project of charismatic vocalist Margo. Its first line-up was joined by Damian Paszczak (guitar), Rafał Miedziński (ex drums Lost Soul), Karol Fujarki (guitar) and Kacper Kulios (bass). The band has performed at several outdoor festivals Beer Fest – Chorzów, Festiwal Uwolnić Muzykę at the side of Vader and Rotting Christ, Pol’and’Rock – Scena Lecha, Książ Rock Zone, Siekiera Fest with Frotside and Materia. In addition, they played alongside Kat&Roman Kostrzewski, Percival Schuttenbach and Infected Rain. They have also played a few smaller club concerts, which were very popular.In 2017, Moyra released their first mini album, entitled “Infected Rain”. Moyra released the first mini album in 2017, entitled Threads of Fate, and is currently in the process of recording the next EP – the premiere is planned for the first quarter of 2020.

Gentuza will perform as a support – a four-member band from Wroclaw creating a deep sound using eight-string guitars and electronics, all complemented by strong drums and drops.

The exact schedule of the concert will be announced approximately a week before the event .