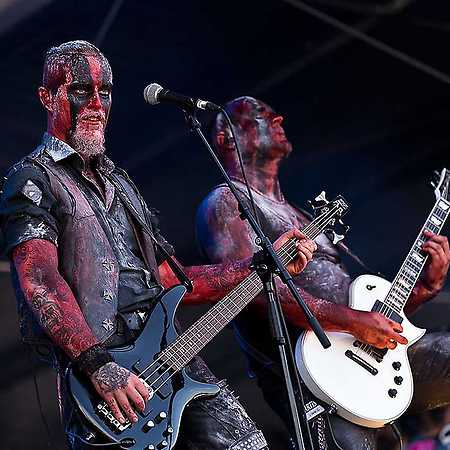 Varg is a German metal band from Coburg. Since its founding in 2005, there has been a constant change in their musical style. At first the band played pure Pagan Metal, today there is a big influence of the Neue Deutsche Härte and the Melodic Death Metal or Modern Metal in the music. The band describes their music as “Wolf Metal”.
Varg polarized strongly, which is due both to the predominantly martial texts, as well as to the right-wing extremism allegations in 2010. Today, the band is internationally successful and has already played, among other extensive tours across the North American continent.