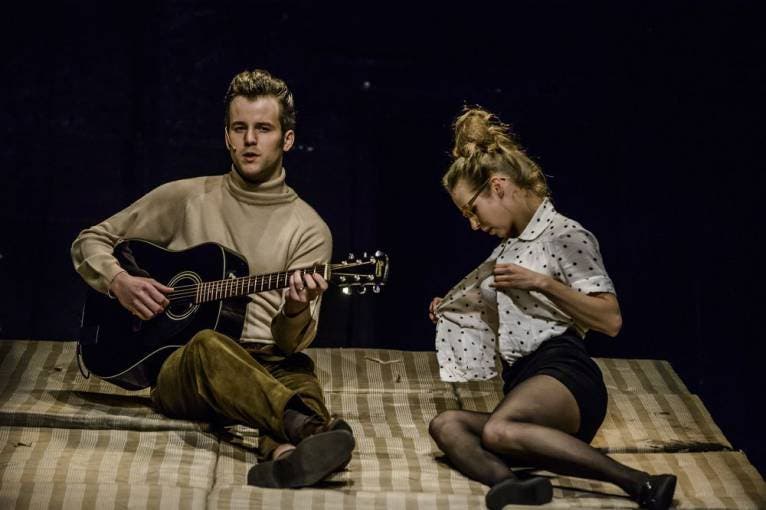 Velvet Havel is an authorial music theatre project of Miloš Orson Štědroň who logically came to name of Václav Havel after his previous awarded theatrical projects dedicated to significant Czech personalities (Ivan Blatný, Jaroslav Hašek, Antonín Dvořák, Josef Gočár, Johann Gregor Mendel). Orson Štědroň is freely inspired by Havel’s life and work and with presents him, his surroundings and ourselves, with his authentic humour. The form of the performance derives from music which gives a chance to deal with this uneasy and delicate theme of one of the most significant Czech characters (who became a legend already during his life) with a detached view and high level of originality.