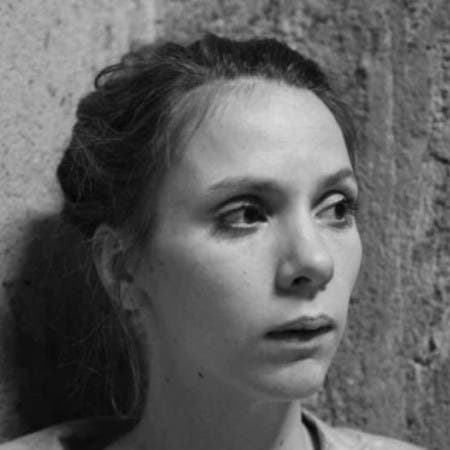 After graduating from the arts grammar school, Věra Ondrašíková went on to study choreography at AMU in Prague. As a dancer she has taken part in projects by Czech and foreign choreographers. She won the Most Outstanding Dancer Award at the Masdanza Festival in the Canary Islands and was nominated in the Das beste deutsche Tanzsolo competition in Leipzig. She has appeared as a guest performer at, among others, the Komedie Theatre in Prague (Klára S. – directed by David Jařab). Her performances have been presented at the Tanec Praha Festival, the Biennale de la danse in Lyon, the Aerowaves Festival in London, Aerodance in Amsterdam, Cynetart in Dresden and Masdanza in the Canary Islands (1st prize for group work). She has worked as a choreographer in residence in Mexico, Germany and France. She created the choreography for Havel's Antikódy at the New Stage of the National Theatre, which was also performed in Washington, Miami and New York in 2013. Since 2017 she has been working with japanese choreographer Min Tanaka. Her performances were selected for Aerowaves in London and Spring Forward 2017 in Aarhus (Denmark).