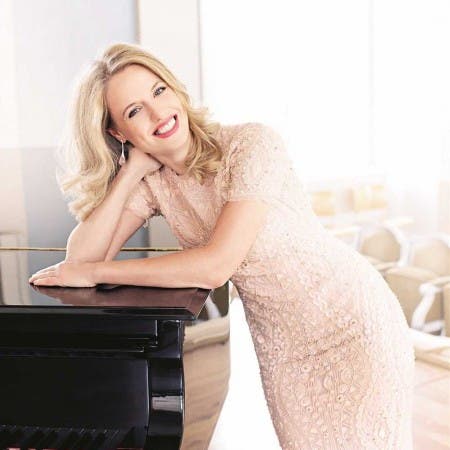 The Czech pianist Varonika Böhmová is the laureate of a great number of national and international competitions; her greatest successes include advancement among the 32 best pianists in the world at the Arthur Rubinstein Competition in Tel Aviv in 2014, 2nd Prize at the Anton G. Rubinstein Competition in Dresden in 2012, advancement to the semi-finals at the Queen Elisabeth Competition in Brussels in 2010 and 2nd Prize at the Maria Canals Competition in Barcelona in 2007. Veronika introduced herself with her recitals to the public in the Czech Republic, Austria, Germany, Bulgaria, Slovenia, Belgium, Italy, France, Switzerland, USA, Mexico, Japan and China. In 2016, she debuted alongside the Israeli conductor Lahav Shani with the Czech Philharmonic with a piano concerto by Josef Páleníček. The same year, she achieved her greatest success so far, namely a performance in the famous concert hall of the Isaac Stern Auditorium – Carnegie Hall in New York.