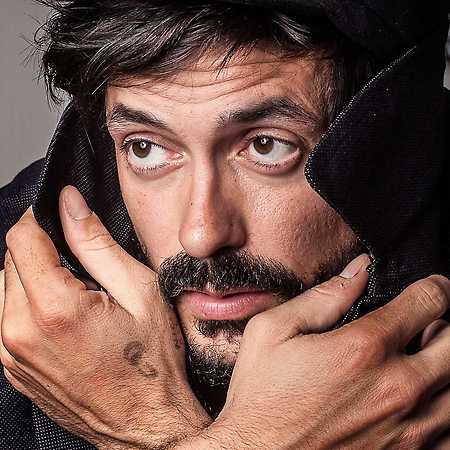 Mathieu Saura, better known as Vincent Moon, is an independent film maker, photographer and sound artist from Paris. He was the director of Blogotheque’s Take Away Shots, a web-based project field recording music videos for indie rock-related musicians as well as several notable mainstream artists like Tom Jones, R.E.M. or Arcade Fire.

Vincent Moon is known for traveling around the globe with a camera, documenting locals folklore, sacred music and religious rituals at various places for his label Collection Petites Planètes. He works alone as well as collaborating with artists he meets on his way, most of the time creating non-profit projects. He shares much of his work – films and music – for free on the internet.

Growing up in Paris, Vincent Moon studied photography for three years at the Atelier Reflexe in Montreuil where he met the photographers Michael Ackerman and Antoine d’Agata, who have played an important role for Vincent Moon’s approach and visual experiments. At the time he worked as a photographer and put his photos into motion by using simple slideshow techniques like Super 8 or cellphone cameras as well as music to tell stories. In 2003 he started the photography blog Les Nuits de Fiume documenting Parisian nightlife.

After an encounter with the work of experimental film makers Peter Tscherkassky and Stephen Dwoskin, Vincent Moon started to move toward films in 2005. He created short films and quickly realized which possibilities the internet offered him for releasing and sharing his work. He also began approaching the music world, establishing a friendship with the band The National that gave birth to various projects with the band using his photos as an album cover and his first music videos. He initiated more and more music-related projects directing lo-fi clips for artists like Clogs, Sylvain Chauveau or Barzin. Artists began requesting longer film projects and Moon’s projects developed towards new explorations about the relationship between music and sound and a defiance towards established formats of music films.