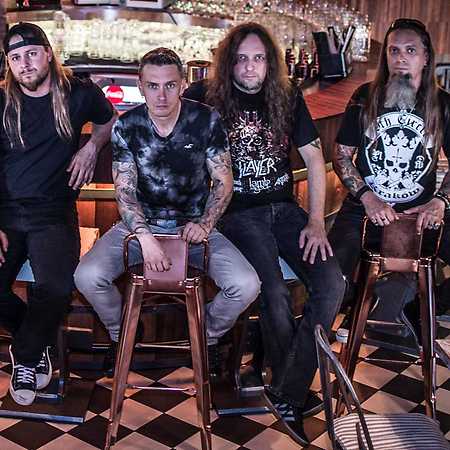 Virgin Snatch is one of the few bands on the Polish market that practice broadly defined thrash/death metal style. Committed socially and politically, they skillfully lean out of the underground scene, combining several sub-genres of music.

Founded in 2001, they quickly achieved the status of an important and recognizable band, recording 6 studio albums. The band has been through several eminent figures of the domestic (and not only) music market, but the line-up of VS stabilized for the first time in 2003, with the premiere of their debut material S.U.C.K.. Virgin Snatch is characterized by many years of cooperation with Mystic Production and Hertz studio in Bialystok, where the band recorded their albums, under the supervision of Wieslawski brothers (Vader, Decapitated, Behemoth).

While The Heart Becomes