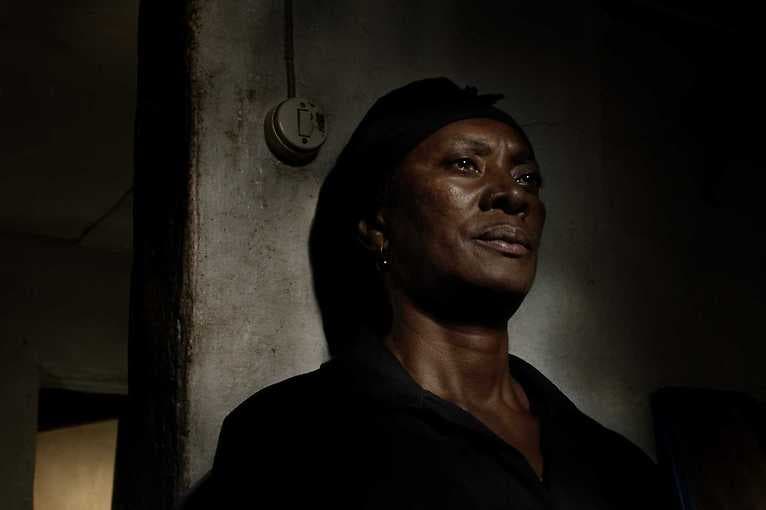 In Costa’s latest film culminates the story of the people he cares about. Noble people who were destined for the dreamy night landscapes of Lisbon and its Fontainhas district. It doesn’t have to occur to the viewer that the name of this labyrinth has its prototype. It is a picturesque village located in the romantically rugged hills of the Cape Verdean island of Santo Antão. Leonard Simões' chiaroscuro camera wanders the face of Vitalina, who is leaving her birthplace to find herself in the promised land of her long-lost husband. A procession of reverence passes through the dark alleys. The Fontainhas, which separated the couple decades ago, turn into a ghostly underworld with the burial of ancient love. “Their” new home. The emotional return of Vitalina and the priest Ventura to Santo Antaão to a time of youth. The memory of two lonely souls that the attentive viewer will never forget.

“The space in which the film Vitalina Varela is situated is symbolically a place between life and death. The film seems to break the motionless time by choosing fiction in the form of searching for the traces of the deceased. Other features emphasize this shift. Vitalina’s dialogue with the deceased immediately acts as a fictional scene. Ventura, who played only himself in previous films, appears here as a full-fledged actor and plays an “anti-type” double role taken from a fictional world: a fallen priest remotely resembling a pathetic country priest by Bernanos or Bresson, but also a fundamental witness to life of the deceased. The whole search for the traces of the deceased also takes place in the dark, or rather in a world where there is no difference between day and night, or between inside and outside, where bodies meet in the dark, mother calls her son in vain, idle men play cards, visitors knock on the door and none of these workers will ever go to work or return from it.” – Jacques Rancière