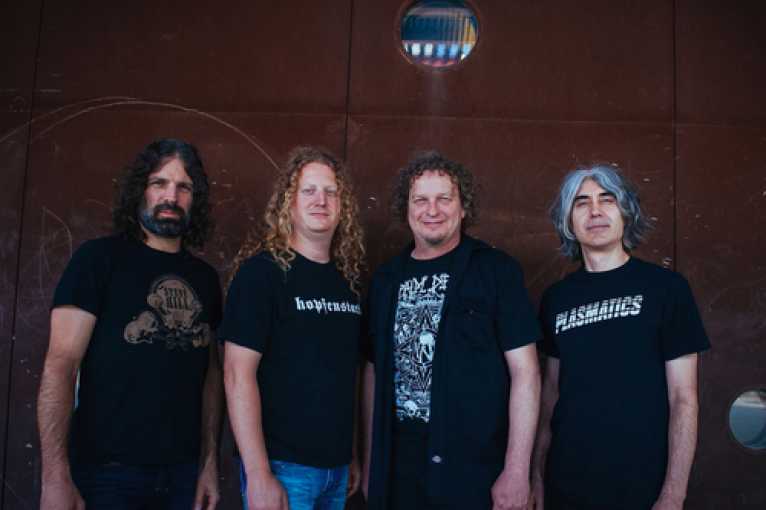 The only predictable thing among the Canadian cult metalworkers is the fact that they have never been predictable and never will be. For more than 35 years, Voivod have always refined and refined their sound, creating imaginative, musical works with each new album. In the eighties they enrich conventional Thrash Metal with their unconventional approach, in the nineties they add progressive elements, since the turn of the millennium their sound always remains fresh and inspiring despite various line up changes. Finally, in September 2018, Voivod’s 14th studio album The Wake will be released. Original members Drummer Michel, Away ‘Langevin and singer Denis, Snake’ Belanger join guitarist Daniel, Chewy ‘Mongrain and new bassist Dominic, Rocky’ Laroche – a new era begins. Mongrain is now ten years in the band and represents the 2005 deceased original guitarist Denis, Piggy 'D’Amour more than respectable. His involvement in making The Wake is at least as important as Piggy’s during his time in the band. After all, The Wake is another conceptual Voivod masterpiece that surprises the listener with its musical explosiveness and fascinating story as well as the heyday of the late eighties.