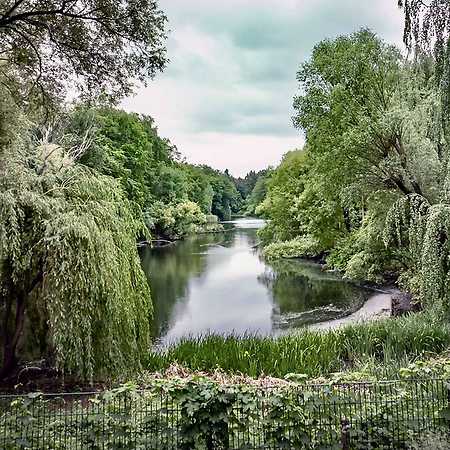 Volkspark Rehberge is a public park in Wedding, a locality of Mitte, Berlin, Germany. The park was created and constructed from 1922–1929. The park covers approximately 78 hectares. Together with Goethepark, which is located immediately south-east of the park, the total park landscape is approximately 115 hectares. To the south-west is the Plötzensee and its surrounding park. The park borders on the Afrikanisches Viertel. In addition to large meadows and pedestrian and bicycle paths, the park also offers animal enclosures, playgrounds, a toboggan run with a 20 metres height difference, sports fields, concessions, and an open-air theatre.