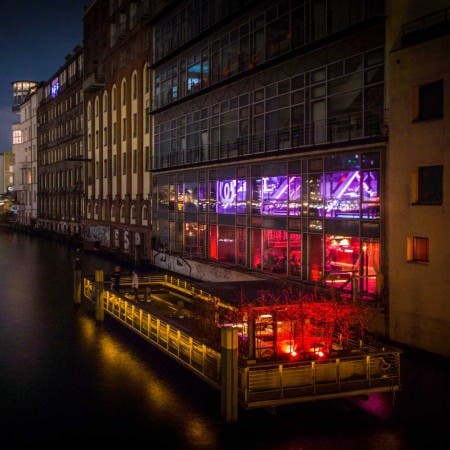 Watergate opened in 2002 in an office building on the Oberbaumbrücke in Berlin-Kreuzberg. The two-story club is located directly on the Kreuzberger Spree-Ufer and has an outdoor terrace from which you have a good view of the Berlin river. Here you will find dance music from the techno and house genres.

In 2008, the record label Watergate Records was added at the same address, which releases mix CDs and vinyl records by DJs. From Wednesday to Saturday you can party in the club until late at night. The Watergate opens its doors at midnight and closes again between 08:00 and 12:00 the next day.